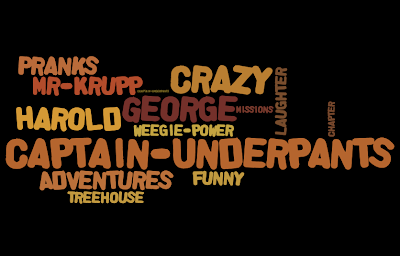 Wordle is a very awesome page we use to describe things and put them into a exciting creative awesome picture after we are able to edit it and change thing to the right color layout and font we want.
Posted by Twelve2010 at 1:27 PM No comments:

Just a quick preview of our art exhibition works...

Create your own video slideshow at animoto.com. 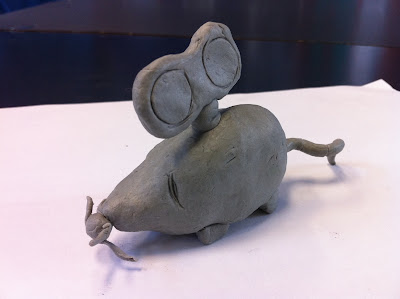 Paul is amazing at creating 3D objects out of Blu-Tak... yes, that's right Blu-Tak!
Here are just a few of his creations that he has made lately! 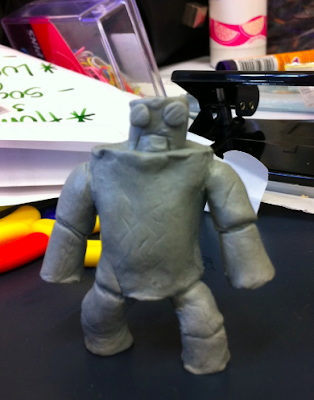 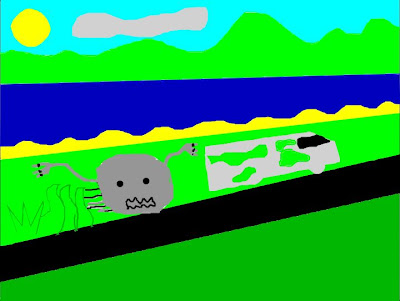 Once upon a time there was a teenager called Kinopio he wasn't that smart but his brother was because he's a cyborg. Kinopio smells like strong perfume his brother doesn't he smells weird.So one day he was on the train until bing bong we are having technical difficulties but luckly we are able to get to the train station.As Kinopio get off the train he stumbles over his shoelace then his money falls into the drain oh my money mums gonna be mad.(kinopio) i'm thinking i'm thinking aha naaa!!! (crowd) get to the point already !!!!!!! .My bubble gum i'll stretch it and stick it down the drain 5 second later... SNAP let me check my pocket dang it i'm out of bubble gum.Then kinopio walks to the bank two dollars please NO SORRY ''that unusual'' says kinopio .As kinopio walk out of the bank he finds yes ten dollars finder keepers losers wepers hahaha I love that rule.hmm i'm thirsty fanta please eeeeerrrooooh hey fanta fell out of the plane THE END
Posted by Twelve2010 at 3:20 PM 1 comment:

1*They try to make Flynn a skeleton while lying in ambush
2*Flynn has a competition with the first skeleton but Flynn tricks the ambusher
3*He tricks the second skeleton by dancing with her and then taking her apart
4*The third skeleton wants to wrestle with Flynn, but Flynn waits and after some time says "Boo", then the biggest skeleton falls apart
5* Talks to the skeleton horse after he has defeated the skeletons (He sort of makes friends)
6* Flynn is proud of what he has done and boasted to everyone about it.
Megan's rating for Fearless Flynn is ** out of five stars because it wasn't very exciting and it didn't have much humor in it
Zanobia's rating is *** stars out of five stars because she says it kind of cool the way Flynn tricks the skeletons
Posted by Twelve2010 at 2:19 PM 3 comments:

the peach falling of the cliff by Levi

Kia Ora! Welcome to the interweb home of a curious, creative and crafty bunch of Year 4 students from Auckland, NZ. We love feedback and comments about our work - so please leave us some!